Leroy Edwin Fickert born April 23rd, 1948 died at his home in Dodge Center on August 18, 2021.
Leroy was a resident of Dodge Center for many years, moving here in 1978. He worked for Local 343 as an electrician where he was a member for 43 years. He retired in 2008.He was dependable, dedicated, and hard working both at work and at home. He provided well for his family. He taught his daughters good work ethic, respect, and responsibility. He was a strong man. He played ball with his kids and never missed a band concert or school game. Leroy had a love for pheasant hunting and bird dogs. His favorite dog, a German Shorthaired Pointer named Chico, is playing with him today in Heaven. He will be missed by many.
Leroy is survived by his daughters Lora K. (Fickert) Johnson, and Nicole K. (Fickert) Chappius; grandchildren Alexus Cain, Mia (Cain) Howenstien, and Ebin Cain; great grandchildren Maloree, Zoee, Aubree, Tatum and Thea, as well as nephew Steve (Lorrie) Fehling, Great Niece’s: Vicci (Mike) Walter, Jenna (Martin) Wieland, Great-Great Nieces and Nephews: KyleeAnn Fehling-Wieland, Ronnie Wieland, Tim Walter, Addie Wieland, Carissa Walter, Ted Walter.
Leroy is preceded in death by his mother, Mary Fickert, siblings, daughter Ashley Marie Fickert in 2014, and grandson Jaeden Harley Johnson in 2020.
Rochester Cremation Services is assisting the family with arrangements. Memories and condolences of Leroy may be shared at rochestercremationservicesmn.com 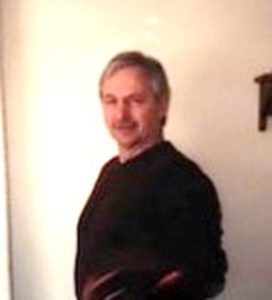